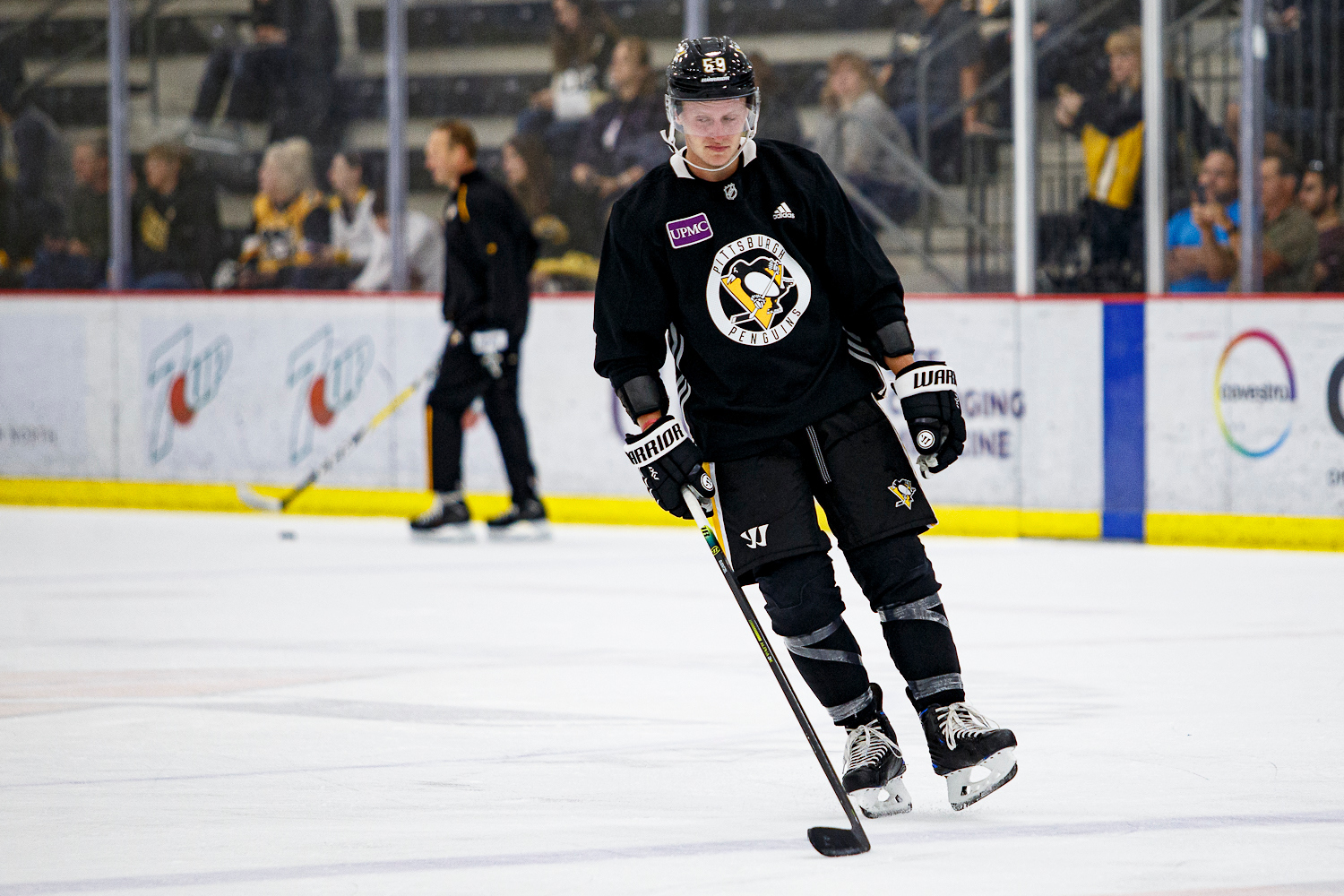 CRANBERRY, Pa. -- Evgeni Malkin was absent from the Penguins' Friday practice at the Lemieux Complex, a day after missing Thursday's 1-0 win over the Blue Jackets with an illness.

The update after practice was an encouraging one.

"He's feeling a lot better today," Mike Sullivan said. "We chose to have him stay home for a couple of reasons. We're trying to keep him away from the group that feels good, give him an opportunity to recover and get some food in him. But he's feeling much better today."

When asked if Malkin will be able to play on Saturday against the Kings, Sullivan said, "I'll tell you tomorrow."

Before practice, the Penguins assigned Joseph Blandisi to Wilkes-Barre/Scranton. That's a good indication that Malkin is expected to play.

With Blandisi sent down and Malkin out, the Penguins were short a forward, and used the following lines at practice:

Jake Guentzel stayed at first-line center after playing that role in Thursday's game, but will surely move back to wing when Malkin returns.

• Nick Bjugstad skated on his own before practice, the first time he's skated since his core muscle surgery. Patric Hornqvist has not yet resumed skating.

• There was a moment in the last few seconds of the special teams work in the formal practice where Tanev took a shot to his left skate and was down on the ice in visible pain. He got up and skated around on his own a little before the post-practice stretch, looking to still be in pain. He stayed on the ice after practice with the players working on target practice, and told me afterward that he was fine. Crisis averted.

Share
Tweet
Email
Layne talks embarrassing slide fail, says next one will be ‘on point’
Smith-Schuster, McDonald out, Conner iffy